Ayse had a plan, a way out – all she wanted was to be  happy and free from the controlling narcissistic man she called her husband for the past 35 years.  It never crossed her mind that Ali would shoot her at point blank range.

As women across the world celebrate the successes, achievements and accomplishments of womanhood, I wanted to share a personal tragic event of losing my cousin to an abusive husband.

Women across the globe (and some men) suffer in silence with domestic abuse, some leave their partners, some pay the price with their lives.  But those that suffer coercive, controlling and manipulating abuse tend to question themselves and begin to believe  what is said of them to be true – but abuse is still abuse whether physical or mental.  By writing this article, I not only wanted to share a tragic event but also to help anyone suffering similar abuse with advice on where to get help and to give  hope and strength to find a way out – because ultimately there will always be a way out.

My cousin Ayse was named after my mum and the heart wrenching pain of losing Ayse in such a brutal way, is one that I never want to feel again, or  would want anyone to feel.  So let me introduce to you my beautiful cousin Ayse and share her story.

Ayse was born 13 months after her older sister Tujin in North Cyprus, and with such a close bond, the sisters grew up doing everything together, from school in Cyprus, to emigrating to the UK, and on through to adulthood. They had the same interests and hobbies and even dressed similarly when going out to family weddings and parties.  But life in a Turkish Cypriot family and community for a young woman was strict, having to look after their younger siblings whilst their parents worked long hard hours.  Not being allowed to go out after school, no contact with boys and certainly having a boyfriend was out of the question.

Having an arranged marriage was normal and Ayse was first  introduced to Ali in her late teens. Initially he wasn’t accepted by the family, but Ayse was keen to get to know Ali and they were soon wed.  Quickly Ali began to show signs of dominance and control in the relationship – Ayse didn’t know how if this was “normal” or not, if it were a wife’s duty to be submissive, so accepted in silence the manipulative behaviour that Ibrahim adopted.

Women from traditional communities tend not to report domestic abuse. They feel more shame and embarrassment for themselves and a fear that they’ll bring shame to their family or community or even be threatened with honour violence or killings.  Families tend to hush it over.

Slowly Ali began to supress Ayse in every way –  her appearance, money for housekeeping to restricting seeing her family – but Ayse didn’t share her struggles and the increasing arguments with her family.  She endured the mental torture for the sake of her young children in a loveless, controlling marriage and saw no way out.  But as her children grew older and began to lead their own lives, Ayse became stronger and had the courage to argue back. She knew the time had come to file for divorce and wanted to visit the holiday home they built together in her husband’s village in Cyprus one last time,  to say goodbye to friends and family in the village.

As their arguments escalated, Ali reached for his hunting rifle and shot Ayse in the chest at point blank range – killing her instantly.  He would rather face jail and put his wife into a grave  than face the humiliation of an impending divorce.  Without remorse or regret, he then proceeded to phone the local police station, admitting to the crime.  Soon villagers posted online the tragic events for Ayse’s parents to read. Yesterday, Ayse Abla would have celebrated her 56th birthday and I honour her by cooking sigara boreks just as she taught me to make.

Today is International Women’s Day and I urge that if you are suffering from any form of domestic abuse, reach out to the services listed below YOU have a voice. YOU have a choice. YOU have a way out. Do this for your mother, sister, daughter – speak up and reach out.

Domestic abuse is  not just physical abuse, but can include offences of threatening behaviour, violence or abuse (psychological, physical, sexual, financial or emotional) between adults, from partners or family members, regardless of gender or sexuality.  Stalking, harassment, malicious communications, controlling or coercive behaviour are all related to domestic abuse.

I hope that Ayse’s story gives anyone suffering domestic abuse the courage to seek help now and not become a victim.  Since the coronavirus pandemic, the Office for National Statistics states that the police have recorded nearly 1.5million domestic abuse-related incidents and crimes in England and Wales in the year ending March 2021, with 362 domestic homicides recorded over a 3-year period ending March 2020.

Women from ethnic minorities tend not to report domestic abuse, out of fear that they’ll bring shame to their family or community. But no matter your ethnicity or religion – help is available from organisations such as Victim Support, Women’s Aid, to the National Domestic Abuse Refuge.  Whilst I’m not an expert in domestic violence, I do know that help is out there to give women a safe haven, to provide financial support and counselling to rebuild their lives.  If this blog can help one woman, then Ayse’s death would not have been in vain. 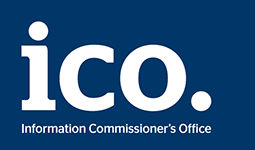 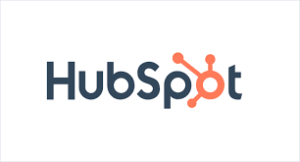